Second Sunday after the Epiphany

Not having grown up with the practice of following the Lectionary readings means I am constantly intrigued by the groupings of Scripture texts that get packaged together. Sometimes I must admit that a particular combination is at first baffling, leading me to wonder what sorts of substances the team was sipping on while they made their decisions. Other times a theme seems to rise slowly to the surface the way your answer used to in the Magic 8 Ball (ask an older person what this is!). I have tried several times and failed to talk myself out of a problematic theme that seems to emerge from the murkiness for this week, but here it is: Identity. And yes, I know just how problematic that is. END_OF_DOCUMENT_TOKEN_TO_BE_REPLACED

This time of year, especially every fourth year, we find ourselves in the US of A faced with representatives of the powers and principalities of this world. They offer to order the nation around things we most want – psychological safety, economic security, access to “someone like me” brokering power – in exchange for allegiance symbolized by a vote. Some even cite Scripture (or attempt to) to make their case, ostensibly as a proxy for shared identity and commitments with a desired bloc of voters.

It’s not so different a scenario from the story that confronts Christians this time of year, every year on the first Sunday in Lent. Jesus is faced with a representative of the powers and principalities of this world who offers authority in exchange for allegiance. The devil even cites Scripture to make his case – for what it’s worth, more accurately than most of the presidential candidates – as part of his test of Jesus’ freshly baptized identity. END_OF_DOCUMENT_TOKEN_TO_BE_REPLACED

We live in times of anxiety about identity. Philosopher Charles Taylor suggests that modern people are especially pressed to play some active role in determining who we are. We construct our identities not only in conversation with others, though this is an important part of the process. We are also involved in a “self-conversation,” as the story of our lives will often be an uneasy weaving of various threads. These threads are born out of the transitions of our attachments and allegiances over time. Moreover, some new threads will be defined by overcoming earlier ones—i.e., the new, fit, and productive me supersedes the lazy couch potato.

How these threads remain together may itself be an important moral task, a task of proper story construction, or integrity. We face a great temptation to protect our identities against attack. It’s a strange war we wage when fighting for our identities, for we project outward a war raging within. It is difficult to locate one’s enemies in such confusion. For instance, I was raised in a Catholic church, a tradition from which I was in a sense orphaned (or, at least, put up for foster care). Later on, I was taken in by a Protestant community. How do I narrate that story? Dark to light? We are tempted, even here, to do violence to ourselves. END_OF_DOCUMENT_TOKEN_TO_BE_REPLACED

Traveling south on I 465 around Indianapolis one comes face to face with a ginormous billboard that asks: ‘Who is Jesus?’ For me, the question interrupts a flow of consciousness—call it “utilitarian consciousness”—related to the objects on which my gaze (restlessly) rests—mostly corporate logos for hotel chains, personal injury lawyers, and the occasional public health message “1 out of 5 American children suffers from…”

I must admit to being a little shocked and embarrassed when I came across this particular billboard, somehow not apropos in the environment. Do you REALLY need to ask THAT here, now? I’m not ready to talk about this. Tell me how many minutes, with current traffic, it’s going to take me to get to Exit 2A please! END_OF_DOCUMENT_TOKEN_TO_BE_REPLACED 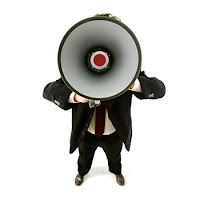 Our readings for this week show both the irrepressible quality of the good news about what God has done for Israel in Jesus Christ (Acts 5) and why that is so—that is the divine origin of the irrepressibility (John 20:19-31).

To begin with the scene in Acts 5:27, the text asks us to imagine a dramatic conflict where the revelation of God comes crashing up against the conventions—ideologies, really—that hold societies in place. “Did you not hear our orders?” asks the High Priest, with the implied further query, “don’t you know it is we who are responsible for common sense and good order around Jerusalem?”  That those representing ideology and good sense are the leaders of the Israel ought to trouble all of us who claim that our Christianity is central to our identity. END_OF_DOCUMENT_TOKEN_TO_BE_REPLACED