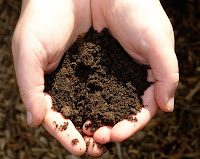 About 15 years ago my husband and I began to notice a disturbing trend in the denomination in which we were both raised – the practice of eliminating the prayer of confession from the worship service, essentially making confession a non-practice. The reasons seemed to be caught up in the rejection of the idea of judgment and of not wanting to make people, especially seekers, feel bad.  Thankfully there were other Christians that continued to steward the practice because we were in great need of it when we realized what our participation in Native Residential Schools in Canada had unleashed upon innocent children.

Worse perhaps is the reason the prayer of confession was eliminated from our current congregation’s (of a different denomination) new worship service – to save on chronological time.  Especially concerning here is that the new service was designed to be more appealing to younger folk, with the introduction of drums and electric guitars.  I don’t know about you but when I was a youth, admittedly a goody-two shoes youth, I had trouble conceiving of my need for confession – did I really do anything wrong enough to warrant confessing?  That was before I had any idea of the sticky web of corporate sin in which we are all enmeshed.  It is one of the great gifts of the church to pass on this practice of confession that it might weekly confront us with the truth.  I shudder when it is absent.

Now if any of you are thinking that your tradition would never conceive of eliminating the prayer of confession, then the gospel text from Luke this coming Sunday is for you (and, of course, for me).  It is apparent from the texts that preface this reading and the one that immediately follows (18: 15-17) that Jesus is not addressing outsiders but rather insiders – folk who are already part of his wider group of disciples.  You could say he is addressing the “early, Early Church”.  There is irony in Jesus’ choice of a Pharisee to illustrate his point regarding those who trust in themselves if the reaction amongst any in the crowd then or reading this text now is to think to themselves, ‘Well, thankfully I’m (we’re) not like that Pharisee!’

Humility is a tricky thing.  The word derives from the Latin word humilis meaning “lowly”.  It literally means ‘on the ground’, from humus or ‘earth.’  This is the truth of who we are – humble, human, humus.  Perhaps the key to humility for the church is the relational aspect emphasized in Jesus’ parable.  The Pharisee has done everything correctly (there is no question about that) but remains, unbeknownst to himself, unjustified before God because he is trusting in his own actions.  The tax collector has come to the realization that his actions have been wrong and now stands in a corner, beating his breast and throwing himself on the merciful actions of God.  The Pharisee is not seeking a relationship with God and is unaware of his utter dependence on God’s grace, the tax collector is.  I would encourage you all (all you all) to add the next three verses onto this lectionary text as it beautifully illustrates Jesus’ point.  Infants are completely dependant on their parents for life – completely.  This is how Jesus calls us to be dependant on God.  If we can live here, on the ground, we are so much closer to God’s kingdom.  I have found it eminently refreshing, and relaxing, to be around humble folk – folk who know themselves to have made mistakes, who know their reliance on God’s grace, all of which seems to free me to be the same.

This is highly counter cultural stuff for us North Americans.  We are so accomplishment orientated (which also helps to feed our accumulation habits).  This text is unlikely to sell any seats in the pew to the enculturated and that may also apply to many of us already in one of those seats.  These accomplishment and accumulation orientations are so ingrained in us that their transformation seems almost hopeless.  I take a certain measure of delight in the observation that our belly buttons are ontological reminders that there is no such thing as a self-made person.  All of us have had to rely on others in order to live.  All of us rely on God as our Creator (so exquisitely expressed in the first two readings from Joel and Psalm 65) and on Jesus as our Saviour as we stand before God.  This is where the Church must live, for the sake of the world God so loves because it is here that we learn to confess our true joy in the steadfast love of God.

* the term ‘humble pie’ (1830s) came from ‘umble pie’ (1640s) which was a pie made from ‘umbles’ – edible inner parts of an animal, especially deer, which was considered a low class food [from the Online Etymology Dictionary found at www.etymonline.com]; somehow I think Luke would like this association with humility given how often Jesus ate with those who were dispossessed.