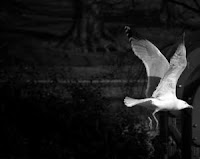 In Bound to be Free: Evangelical Catholic Engagements in Ecclesiology, Ethics, and Ecumenism Reinhard Hütter notes that speech about freedom often confuses different types of freedom. The freedom of autonomy differs from political freedom which differs still from Christian freedom. Hütter structures his book around three different modes of being free: free to be Church, free to live with God, and free to speak ecumenically. This week, as the congregation hears Paul proclaim “For freedom Christ has set us free” the preacher will do well to help the congregation discover that Paul is boasting of the freedom to be Church.

The Lectionary Epistle reading offers us an amalgamation of verses from Galatians that begins in chapter 5 verse 1, skips 11 verses, and resumes in verse 13. The first verse of chapter 5 is treated variously by different translations and commentaries as either the climax of Paul’s argument against the agitators or the beginning of an ethical exhortation to live out the implications of Paul’s argument (compare for example the different treatments this verse receives in the NRSV and the NIV). The latter seems to be the leaning of the Lectionary given that it separates 5.1 from the preceding verses, skips over 5.2-12 and begins again with Paul’s instructions that the Galatians become servants to one another through love. However, we should be wary of separating 5.1 from the preceding arguments. Without the proper context, and especially with this reading coming so close to the 4th of July holiday the congregation will be tempted to hear Paul speaking of freedom as autonomy or democracy rather than the freedom to be Church.

The first verse of chapter 5 works well as both the climax of the preceding argument and a transition toward life freed to be Church. As the climax to the preceding argument we can see that the freedom that Christ has won for us is freedom from slavery to sin, the elemental spirits of the world (4.3), and the Law (4.9-10; 4.24). Taken as the end of Paul’s larger argument (3.1-4.31) against the necessity of observing the Law, Paul’s opening declaration helps us to name that from which we have been freed.

However, the freedom that Christ has won for us is not a purely negative freedom. The agitators were more than likely arguing that apart from the observance of the Law these new Galatian converts were being left with no moral guidance, no markers or directions for their communal life. Despite their deep misunderstandings of the Gospel, these ancient agitators did at least recognize that freedom as autonomy (self-law) could be dangerously destructive to life in community. Paul anticipates this line of argument and responds (“But I say!”) in verses 13-26. This is where 5.1 can be fruitfully considered an introduction to verses 13-26 as Paul’s discourse on life in the Spirit shows us the freedom for which we have been set free.

That Christ has set us free to be Church can be seen in Paul’s contrast between the works of the flesh and the fruits of the Spirit. In verse 13 Paul explicitly states that the freedom Christ has won for us is not freedom for self-indulgence. Paul goes on to list the works of the flesh which include idolatry, hatred, and discord among others. All of these works of the flesh are destructive to life in community and the freedom to be Church. When Paul concludes with a warning that those who engage in such actions will not inherit the Kingdom of God, it can be read not so much a threat of punishment for such actions but rather as a statement of the obvious. Life in the Kingdom of God cannot be sustained by the acts of the sinful nature. There is simply no place for envy, ambition or hatred in the Kingdom to which the Church points.

In contrast to the destructive works of flesh, the freedom to be Church is sustained by the fruit of the Holy Spirit. Love, joy, peace, patience…these are the marks of individuals and communities who live in the freedom that only God can offer. That these gifts are fruits and not works reminds us that they are cultivated in us by the Holy Spirit and not achieved through our own efforts.

Within the Church freedom and obedience are bound together. In the case of our reading from Galatians, freedom to be Church is bound to our being obedient to the on-going work of the Holy Spirit.

The Church is to be that community that is led by the Holy Spirit as evidenced by love, joy, peace, patience, kindness, generosity, faithfulness, gentleness and self-control. Paul ends this section of the letter with the impassioned plea “If we live by the Spirit, let us also be guided by the Spirit.” This week may the people of God hear that a life guided by the Spirit is indeed bound to be free.