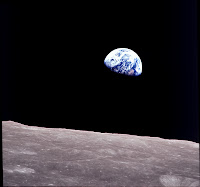 Mary and Joseph, following the Law of Moses, bring their son to the temple in Jerusalem offering a sacrifice of two pigeons. The birds themselves were of little consequence, yet necessary, the material fulfillment of the Torah. As Luke’s Jesus later puts it, “Are not five sparrows sold for two farthings? and not one of them is forgotten in the sight of God.” (Luke 12:6)

As the new parents go about their business, Simeon (usually pictured as quite old, an extrapolation from his exclamation “Lord, now let thy servant depart in peace,” the words of the nunc dimittis prayer traditionally chanted at Compline) wanders in, takes the baby in his hands, and says some alarming things, not the standard small talk made over a newborn.

Next, Anna – whom we’re told is eighty-four years old and never leaves the temple – makes over the baby, too, speaking “of him to all who were looking for the redemption of Jerusalem.” Her exact words don’t concern Luke; it’s just one more bit of strangeness in an already odd scene.

The family then heads back home to obscurity in Nazareth, where the boy grows in strength and wisdom. We will hear much more about him, but not another word regarding Simeon and Anna who, we can assume, have little left to do but die offstage, the Rosencrantz and Guildenstern of that Imperial Podunk province, Judea. Outside of Luke, there’s no mention of them at all. In Jesus’ story, they are of little consequence, but Luke finds them compelling enough for half a chapter in a short narrative.

Like these two elderly busybodies, we too have bit parts to play, though it’s unlikely anyone will think of – much less read about – us two millennia on. We are anything but important actors is the cosmic theodrama, yet not one of us, we’re told, is forgotten in the sight of God. In entering Creation so humbly, the God revealed in Jesus fills the smallest things with utmost consequence. Not only the outline of our lives, but every detail is brightly illuminated by the light that is Christ, like blades of grass in the raking dawn sun.

There’s great freedom in being at once inconsequential and fully known, trivial and eternally beloved. We can go about the business we’re called to without worrying about making our mark in history, without having to guarantee the outcome. Someone else is taking care of that.